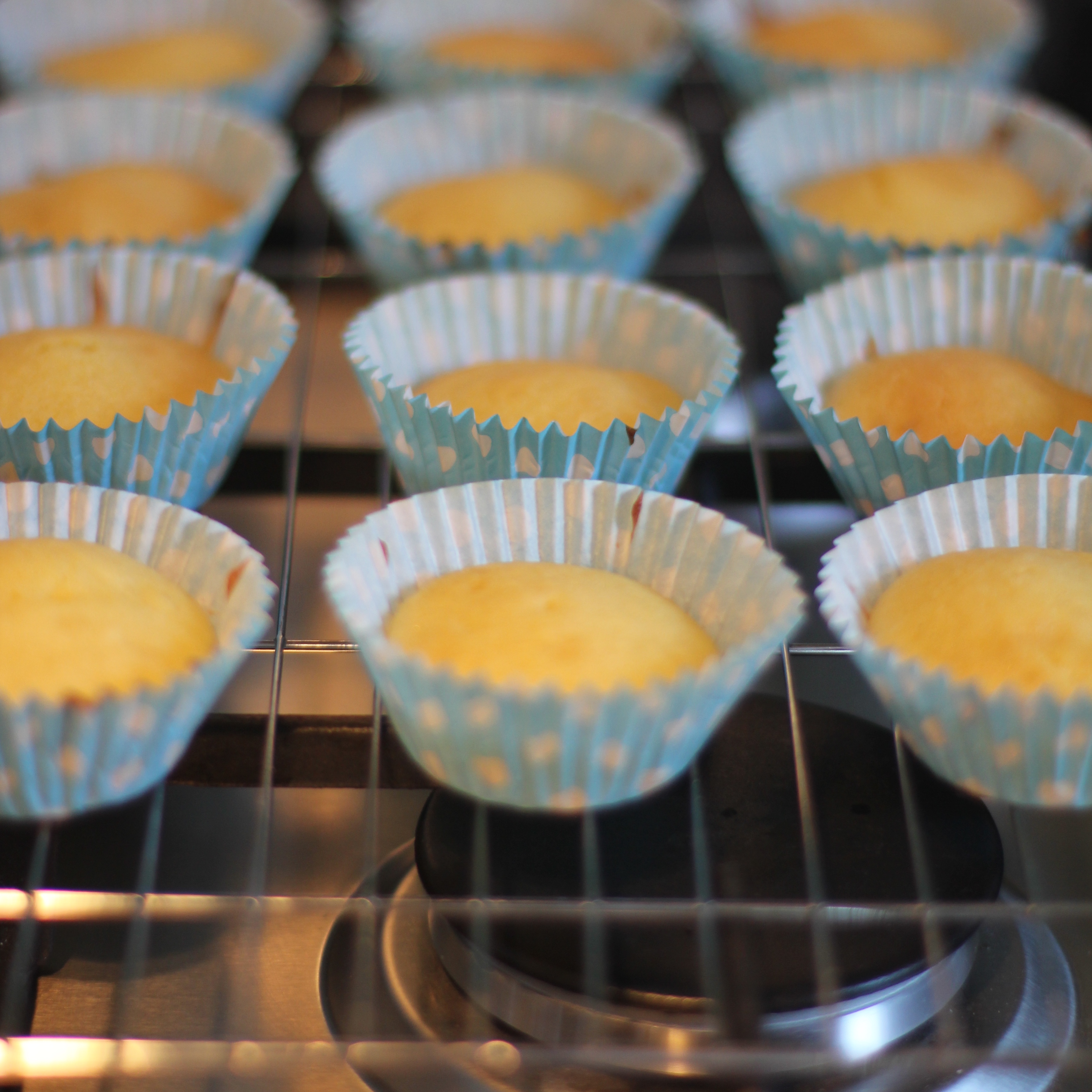 I’m not about to start disclosing my daughter’s full medical history, which would be long, boring and a bit grim at times, but suffice to say – she has a number of food intolerances. At one point we were entirely off dairy, but had begun to re-introduce it in the hope that her gut had matured a little more. Unfortunately, this doesn’t seem to have been the case and we’ve been referred back to the children’s hospital again. Whilst we begin the months of waiting for an appointment, we will need to manage Katie’s diet as closely as possible but that’s no excuse to exclude fairy cakes!

After keeping a food diary for the last couple of weeks, we’ve decided to not only cut all dairy again but also to try and cut her gluten intake. Supermarkets have such superb ‘free-from’ sections now, this isn’t actually that much of an inconvenience. However, it’s still fun to do baking at home and pretty easy with help from Doves Farm – the provider of all good gluten-free cooking goodies in this house!Read More »Food: Free from Fairy Cakes