To an extent we experiment on our children daily: Will they eat the same thing they did yesterday? Can they be trusted to pick up their bath towels? Can they last five minutes without arguing about something?! But wee science takes it all one step further…

Last Friday however, we went one step further and volunteered Katie to take part in a study at the University of Edinburgh. A few weeks ago, I wrote about attending the ‘Superhero Science Show’ at the National Museum and how Katie was particularly keen to be a Scientist. Every time they had asked for a volunteer she had stuck her hand right up and was so disappointed not to get picked that I was a little sad for her. I think it was for this reason that a ‘Wee Science’ advert on Facebook really caught my eye. A psychology student was looking for three year-olds to take part in her study. I figured this was a great opportunity for Katie to finally be a ‘Superhero Scientist’ and also looked interesting for me (double win)! 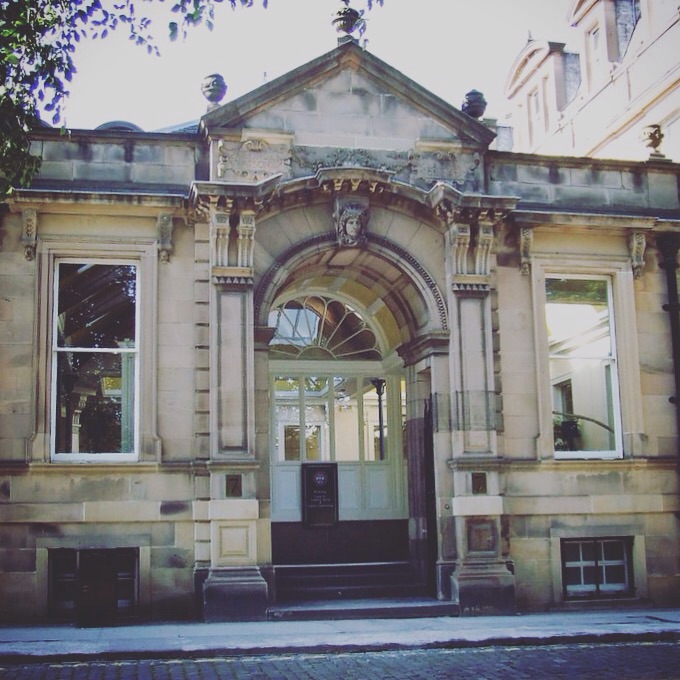 I got in touch with the researcher who offered to come to our house to make life easier, but I figured it’d be more interesting to go to the Science Lab. In addition, that would boost the novelty value for Katie. As a result, we headed to George Square to take part in a project looking at how children learn to use language. It is specifically focused on whether children are able to predict when it is their turn to speak in a conversation, and whether a child’s social interaction affects how fine-tuned their predictions are.

I was a intrigued by this because in our household the children rarely ‘wait their turn’ in conversation and often interrupt with random thoughts that have nothing to do with the conversation at hand. Ben for example, has an obsession with saying ‘My name is Jeff.’ This is a reference from 21 Jump Street, but given it’s a “15 certificate”  I very much doubt he or his class mates have ever seen it. But still he feels that this is an excellent interjection in all manner of conversations. Katie usually contributes a constant stream of whatever thought bursts into her head, so I was slightly nervous about how well this would go! 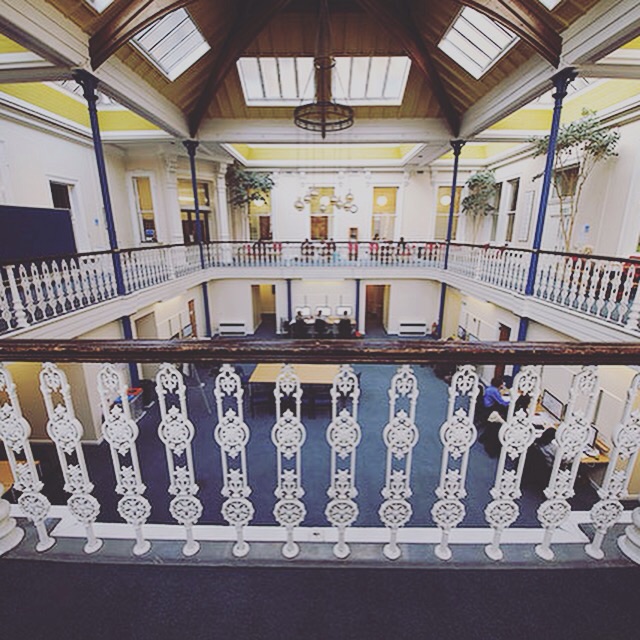 Inside the Psychology building

George Square is a familiar place to Katie from festival events but she was also very excited to meet a new ‘Super Science Lady.’ After meeting Laura (Super Science Lady) at reception, she showed us to the Wee Science Lab which had been decorated in a particularly child friendly manner with bright wall decals and boxes of toys. Katie made a bee-line to the colouring table and was delighted to find stickers too!

Katie was quickly at ease with Laura and was busy chatting away in her usual fashion. Meanwhile I filled on a questionnaire about her social interactions, answering questions like how many children she plays with on a regular basis and how many hours she interacts with adults on average

After a while of playing with some toys and chatting away with Laura, we went through to a smaller room where an iPad had been set up with a game for Katie to play. The premise of the game was to guide Peter Pan through a maze whilst trying to catch Captain Hook, at various moments Peter was blocked by two different characters and Katie had to listen to a question about the way Peter should go in the maze, and simply answer yes or no.

Katie wasn’t familiar with all the characters but was delighted to see her new favourite – Paw Patrol – make an appearance. I was a little worried at her over enthusiasm at parts in the game – calling out the answer sooner rather than later but Laura said this was fine.

There were four mazes to complete in total, but as each one took about 10 minutes, Katie’s attention disappeared after the second! I think she did really well as the game was very repetitive and it would be a long time for any three year-old. I could tell it was time to stop when she became far more animated in explaining that she was wearing a dress, had a new baby cousin and enjoys playing Peppa Pig games!

The next part of the study was a simple assessment of how many words Katie was able to produce. All she had to do was look at a number of flash cards and say what the picture was. This was probably far more interesting for me as Katie knew some I didn’t expect and claimed she ‘didn’t know’ some that I thought she would easily get. I also now know a couple of things I need to teach her!

Katie told Laura a number of times during the experiment how much she liked the game and was even happier to be given a treasure chest of chocolate pirate coins for taking part along with some pirate stickers. Sadly, given Laura made the game herself it’s not available on the App Store despite Katie’s many, many requests to play it since!

Mike and I were given also given Peter’s Yard vouchers as a wee thank you – which nicely covers the cost of parking. In reality, I think the vouchers are more likely to be spent on a cinnamon bun for Katie rather than any coffee for me :  definitely a nice thing to receive before embarking on No Spend November.

I think the only downside to taking part was that Katie wanted to go and see the Superhero show at the museum again. I’m not sure if she connected the two given that they were in different locations but she definitely enjoyed playing the game – even if I was a bit bored watching at times!

I don’t know if the project will produce some new startling piece of knowledge or end up helping children who have problems with speech but  I think that more research on how we communicate cannot ever hurt.

I will definitely be keeping an eye on the Wee Science Faceook page for other opportunities to take part aside from anything else, the students appreciate it and it’s nice to give back to my University (well one of them, Aberdeen will always be King of my heart!). What do you think? Would you involve your kids in something like this?