Back in the day a date used to involve dinner out, drinks and talking into the night. Now on the rare occasion we get out, it’s just nice to even see a film together. To have something that doesn’t involve chat that revolves around work or the kids. Or worse still – anything involving politics.

But rather than despair at the state of affairs – I’ve gathered together some of the WORST date stories from my friends so we can be smug that at least things aren’t as bad as that:

Jenna: “It was back in the Plenty of Fish days and I was chatting to a bloke on there. After a few weeks we decided to meet up for food and a chat. I decided to meet him there and when I saw him he had a pair of crutches with him – there was nothing wrong with his foot! When I asked he said “oh you mentioned that you had never had to use crutches before so I thought I’d bring you mine so you could have a go!”  After the date I decided he wasn’t my type, but he had other ideas and messaged me an essay declaring his love for me and how our children would be “perfect”. I had to block him on social media a good few times as he kept making new accounts to follow me on.”

Naomi: “I went on a date with someone I met online but had some mutual friends. He was lovely BUT literally did not shut up! I’m usually the one that doesn’t stop talking but oh my goodness I barely said a word the whole time! I phoned my friend afterwards just so I could actually talk!!!! That was our one and only date! Although he did keep texting about how amazing out future together would be after the date…”

But we also find that the exact opposite is bad too…

Charlie: “I went on a date with a guy who had been super chatty over text and on the phone but when we met he was like a mute!! Conversation was painful. He went to the toilet and I text my girl friends and said “save me!!” And they all text back “nooooo!” I gave him a peck goodnight and he hounded me for days wanting to know when we could have another date. I just said it didn’t work for me but he took the hump. I didn’t mind.”

Sinead: “I went on a date who couldn’t stop telling me he was only living with his mum while he ‘found his path’ and every time he talked about his ‘path’ he’d say ‘I must find it soon as I’m nearly 30’ and do this weird cough thing when he said 30… Upside is he took me to an awesome Vietnamese restaurant that has been a firm favourite for 10 years.”

Laura: “When my first marriage ended one of my friends set me up on a blind date with a guy from her work. She told me he was totally gorgeous, a lot of fun and just my type….and stupidly I believed her! When I met him he was 5 foot 2, no word of a lie, completely bald, wearing a satin bomber jacket and had a serious underbite. Even worse, he spoke the whole time about his love of Sheffield Wednesday, even when he had his mouth full. Needless to say the date didn’t end well…and it took me a long time to forgive my friend!!”

Lucy: “My worst date was on my birthday when me and my ex went for a lovely meal, he bought me a new watch and I was delighted. That night after a bit of a ‘birthday treat’ I leaned over to turn out the light and accidentally caught the strap of my new watch on his nipple piercing, ripping the entire thing out of his body in one fowl swoop!! Blood EVERYWHERE. I later found out he’d been cheating on me for a while, so the fact he’s now scarred for life no longer feels like a bad thing!”

Terry-Ann: “Tinder date. We had arranged to meet at a cinema to watch a horror film. The guy turned up with his three year old son and when I said, “wow, I don’t really think this film is appropriate for a toddler” he said, “yeah I know. I was hoping you’d sit with him in Nando’s while I saw the film”. I ran a mile!” 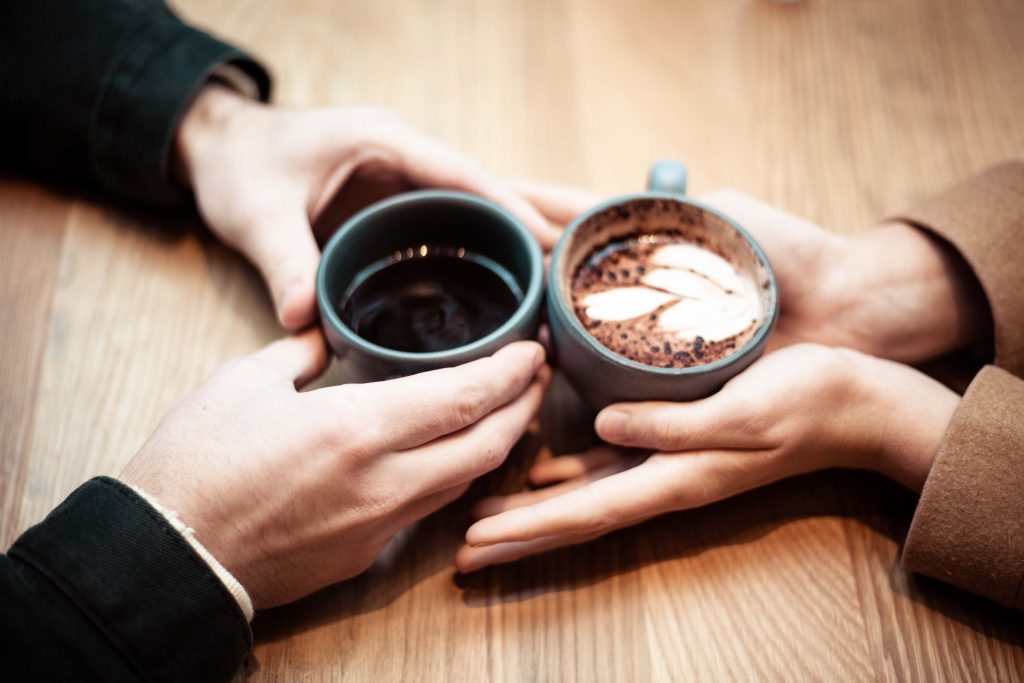 Victoria: “Me and my first idiot boyfriend went out on Valentines and it was awful. Where they sit you in rows of 2 which is awkward anyway. I was veggie and they’d only serve meat dishes as part of a set menu so I couldn’t eat anything. He had a massive go at me and it was really embarrassing! I’ve never gone out on Valentines again!”

Jess: “My worst date has to be when I met up with someone who I had met online. He came to pick me up and we ended up going to a local mall where I sat for about an hour waiting whilst he took out a new contract phone! He then took me for a coffee where he basically sat and set up his new phone! He text me after once I got home to apologise by which point I had already deleted his number LOL!”

Veronica: “I went on a movie date with someone a friend set me up with. He was actually neat and all but definitely not nice (whatever happened to put your best foot forward?). He was rude to everyone. He didn’t pay attention to the movie either and was more interested in asking me a lot of questions!”

Ally: “I went on a first date with a guy and he spent all night talking about his ex. In the end I told him he should call her and try to work things out. Don’t know if he did but hope so as he obviously was still in love with her.”

Victoria: “My worst would have to be the one where halfway through dinner my date announced his feet smelt so he needed to go and wash them!”

But not all ‘bad dates’ end badly…

Amy: “Not exactly worst first date but nearly the biggest ever first date screw up. Met a nice guy in a club, arranged to meet for a drink the following week. Out of the blue my ‘date’ called me to say he was running 10 minutes late but he’d be at the bar soon then promptly hung up. I was standing in my PJ’s in my kitchen thinking to myself errr… aren’t we meeting on Wednesday? Text him to ask if I’d got it wrong. He called up an hour or so later and apologised for his mistake and he’d see me Wednesday. I thought nothing more of it…

Zoom forward a few years and that ‘date’ and I are getting married and on our wedding day I find out during the Best Man speech that we very nearly weren’t all gathered here today as the groom called the wrong girl on the way to a date, realised half way through the date he’d called the wrong girl so nipped off to the loo to call her and claim he’d got the day wrong! Turned out he had 3 dates that week and couldn’t remember which one was which day! Lucky for us all I didn’t get wind of this until much later down the line!” 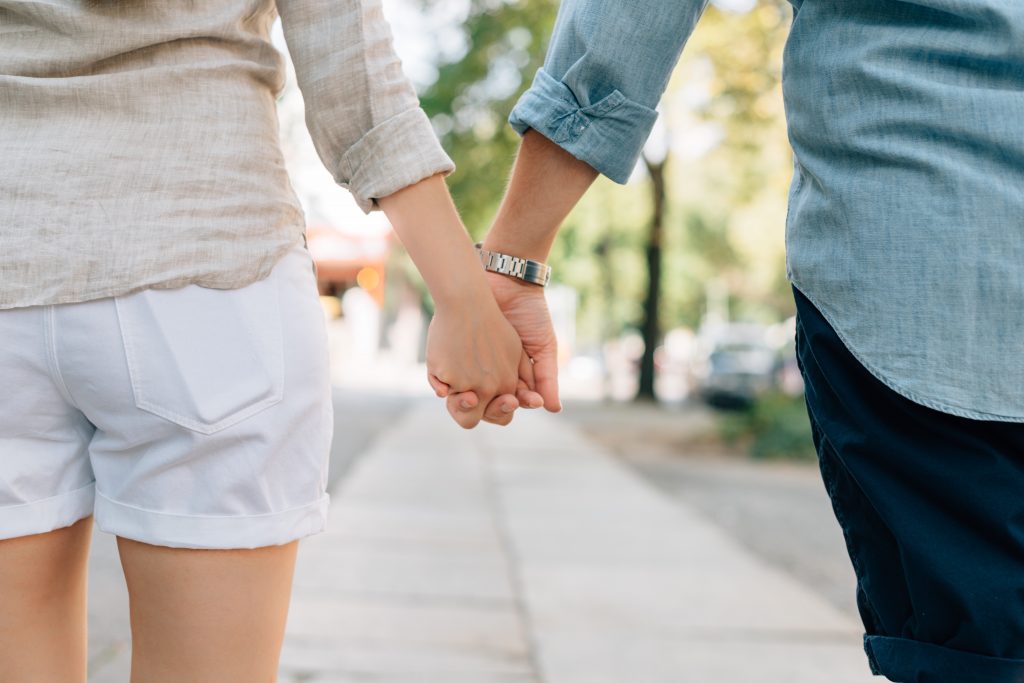 And there really is hope…

Rachael: “I actually have a really good first date story! I’d known the guy through mutual friends for a while, and a few of our friends told me to go on a date with him. I text him asking him, he said he’s. Few weeks later, we went out but it was a surprise and he wouldn’t tell me where we were going no matter how much I asked. As if first dates aren’t bad enough without knowing how to dress. Am I right?! Anyway, we met in town, went for a drink and while we were in the pub he told me we were going to see McFly. I love McFly okay. Best first date ever. 7 years and two kids on and I can’t get rid of him!”

Whatever your ‘dating’ situation – we’re wishing you a happy Valentines! xx

One thought on “Is there a Secret to a Good Date?”