If you’ve never struggled to get ‘Pup pup Boogie’ out of your head or wondered how on earth a mayor with a pet chicken could possibly be an elected official then this review probably isn’t for you. But if you understand those references then you’ll know just how excited (very almost three year-old) Thomas was this morning!

From the moment the curtain went up and the music started, Thomas was utterly transfixed. Occasionally he’d look away and just give me the biggest smile, but the rest of time his face was of the utmost concentration. It was like he wanted to soak up every little bit of it possible.

After a short intro to the story from Captain Turbut – who as per usual gets into trouble – the very familiar team of Ryder and his team of Pups filled the stage, singing and dancing to the theme tune. The pups were all larger than life puppets but looked just like the cartoon – just bigger! Initially I was intrigued to know how they worked – as they were so animated – but after a while I just forgot there was a puppeteer at all. The way they danced across the stage and changed from scene to scene was just really clever – sometimes appearing in their Pup Mobiles and sometimes just dashing around the stage.

The plot followed a familiar storyline to any Paw Patrol aficionado – Captain Turbut becomes lost in a cave but whilst rescuing him the team discover a pirate treasure map. Of course they decide to find the treasure to help celebrate ‘Pirate Day’ in Adventure Bay! The dastardly Mayor Humdinger from neighbouring Foggy Bottom attempts to thwart the pups attempts and reach the treasure first but even though at one point he looked to be succeeding the pups (of course) ‘saved the day’ in the end! 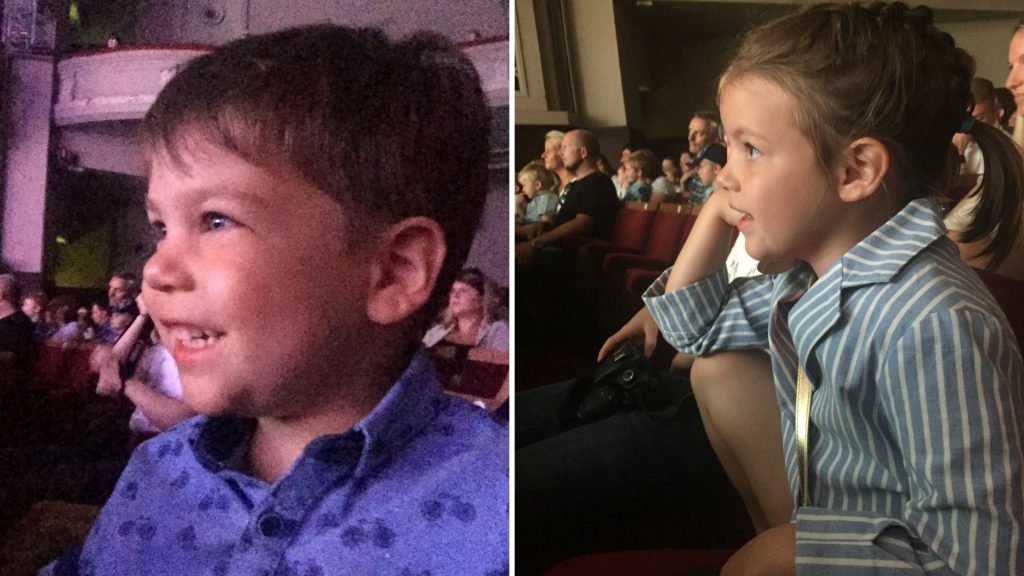 All of the story was helped by different scenes flashing up on the video wall at the back of the stage but this integrated seamlessly with the more traditional scenery. Aside from the pups dancing, Ryder and Major Goodwin went from scene to scene singing and dancing ensuring that the energy levels never dropped. I’m usually of the opinion that Major Goodwin should not be allowed to retain her position as Major given the amount of disasters that she needed to be rescued from, but in this instance she really was wonderful. Her and Ryder’s enthusiasm was flawless as they launched into each upbeat number, often encouraging the kids to join in and get up and dance.

Whilst Thomas remained transfixed through all of this, Katie really got the interactive element and enjoyed the boogie! Each song really was foot tapping and even hours later – I’m still humming ‘paw paw paw patrol!’ But the biggest surprise of the show had to be the confetti canons which exploded in a dramatic finale over the audience ensuring a memorable end to a great morning.

So yes, parents out there. You may think you’d appreciate a Saturday morning with a good coffee, croissants and the papers – but you really should ditch them all for Paw Patrol Live. The kid’s reaction was entirely worth the sacrifice and there was still plenty of time for brunch afterwards!

P.S. We were kindly gifted press tickets to attend the show but of course, all thoughts and opinions are my own!