Always looking for an opportunity to try something new, over the October break I took the kids to a cupcake decorating class run by the fabulous Jennifer – of Stella Pumpkin.

This particular class was held at The Wishing Tree Play Café, and was aimed at 3+ so perfect for my too. I thought it so well pitched for their ability (and attention span!) and hope you agree that their efforts were really pretty good:

Thomas particularly struggles to sit still and focus on anything other than Fireman Sam for more than five minutes, so I really was interested to see how he’d cope with a class like this.

Given the time of year, the children were tasked with decorating four cupcakes each with a Halloween theme. Each child was given a bag of different coloured sugar paste to mould utilising a selection on different tools.

Starting with a pumpkin, Jen showed the kids how to warm the icing up before turning the block of orange into a pumpkin shaped ball. The kids then each had to use a tool to add ‘ridges’ to the pumpkin and another to add a face! 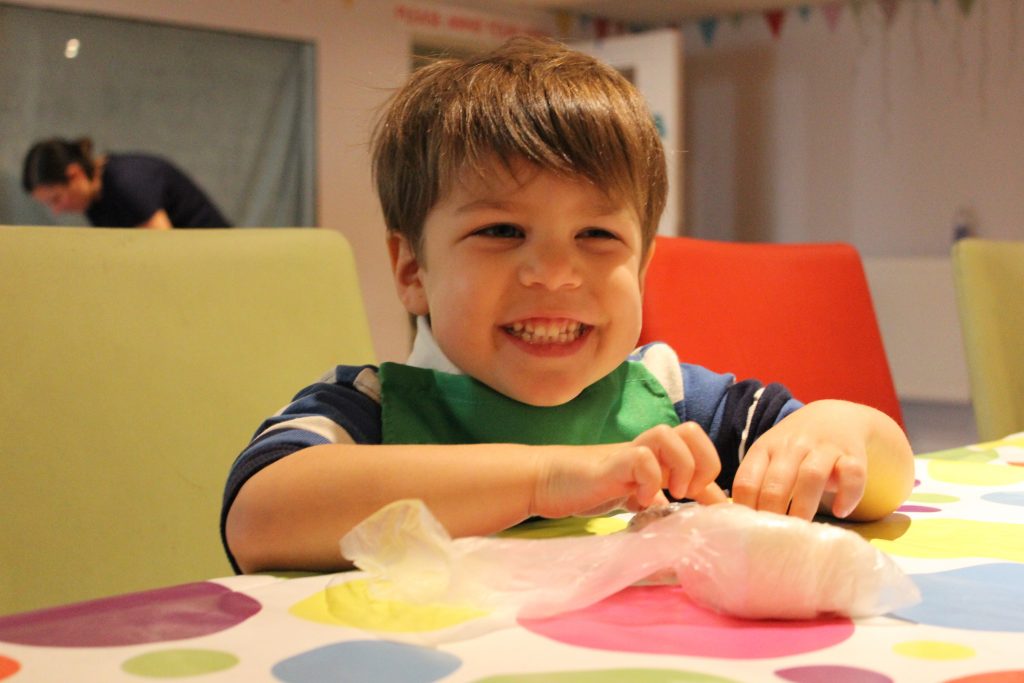 Jennifer and her older daughter were on hand to help the kids – making their way round the ten children in the class. Katie was brilliant at following the instructions and really seemed to enjoy the challenge. Thomas (never one to follow instructions) took a more ‘interpretive’ approach initially flattening his pumpkin, before turning it into a sandwich, eventually opting to mix it with other colours to be a more creepy looking pumpkin than Katie’s effort! But I really was happy he was focused on using the icing – albeit in his own way.

There was a wee girl around Thomas’ age next to him who was completely absorbed in each task and obviously was a proud of punch of her creations. But I adored her expression as she glanced at Thomas’ efforts and gave him a look as if to say ‘what are you about?!’

Next on the agenda were ‘mummies’ – again utilising a variety of tools and cutters – with Thomas exclaiming ‘Mummy – it’s you!!!’ Hmmmm… Then after modelling a ghost and some bats, Jen then assisted each child in using buttercream to top each of their cakes before adding their decorations. 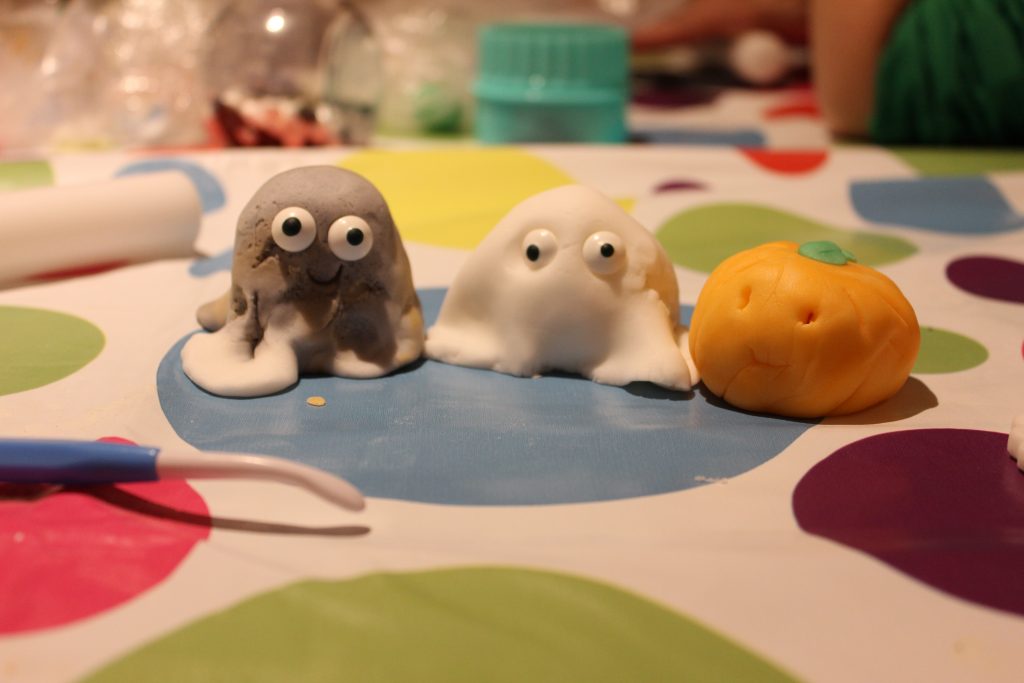 There were a number of children in the class with dairy intolerances – and Katie still isn’t great with it – so whilst she couldn’t sample the buttercream or cakes Jennifer was great at encouraging the kids to make some cakes for others as well. Obviously the sugar paste decorations were dairy free though!

After the cakes were finished all the kids were awarded certificates for their efforts and went off for a well earned play in the café! Overall – I think their efforts were pretty impressive – can you tell whose were whose?! 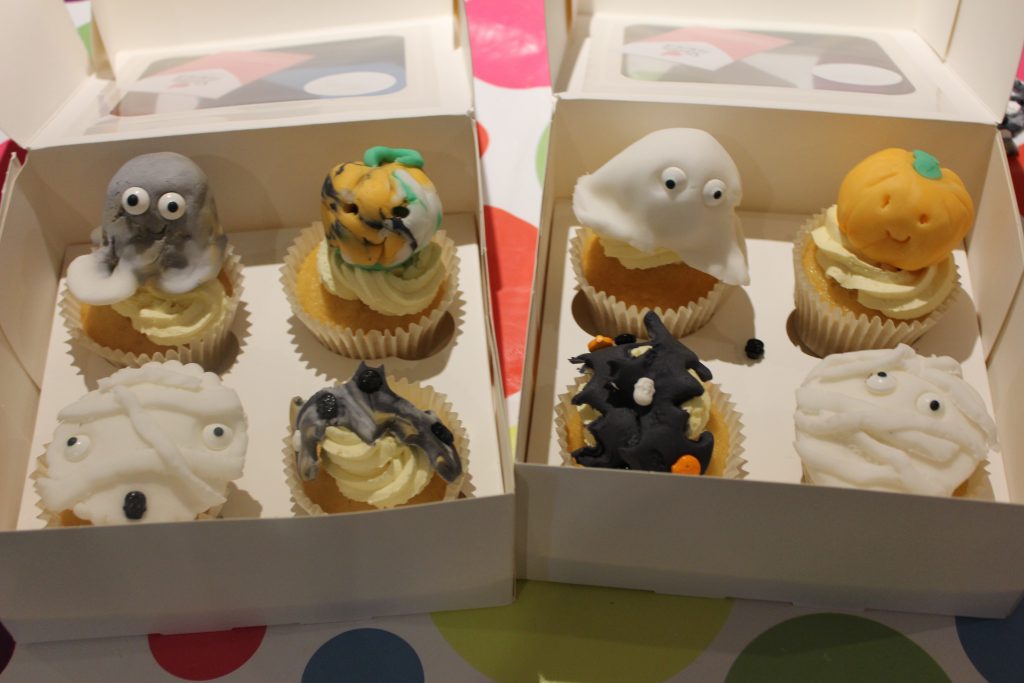 You should know that we were gifted tickets for this class but were under no obligation to write a review. The kids (and I) had a brilliant time and I would really recommend it for any child who likes to be creative. There’s a number of classes at different locations in and around Edinburgh in the run up to Christmas so hopefully you can try it out too.