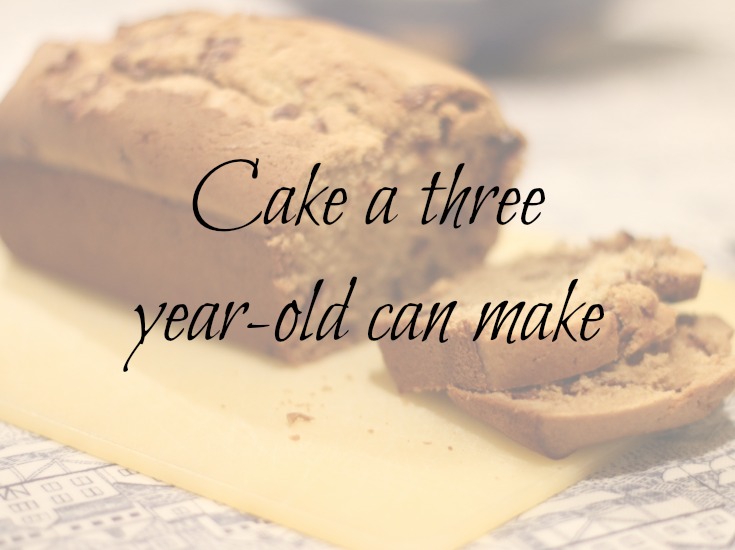 It’s been a while since The Great British Bake Off has brought weekly joy to my life and of course, baking inspiration. The arrival of January,  in which so many want to watch their weight, has brought my motivation to make cake to a low point. Gâteau au yaourt doesn’t count in my mind as it contains yoghurt which is obviously healthy!

The more astute among you would have noticed from last week’s ‘day in the life of’ post that I’m currently reading ‘French kids don’t throw food.’ Although I’ve read this before,  as I approach weaning with Thomas, I’m keen to remind myself of different cultures and the way they do things. This book, written by  Pamela Druckerman (an American) , is an account of living in Paris and the many differences she encountered in how people raise their children. It’s a good read and a nice reminder that there is not one ‘right’ way and that’s it’s good to keep an open mind.

In one chapter she noticed at a friend’s house that her small daughter was making cake by herself. Whilst the age wasn’t specified, I thought it would be nice to see how Ben and Katie would get on with her suggested recipe for – Gâteau au yaourt aka yoghurt cake.

Aside from being something of an experiment with the kids, I also wanted to make it dairy free so decided to sub in coconut milk yoghurt for full-fat dairy yoghurt. I have no idea if this was the cause of things not going quite to plan:Read More »Food: Gâteau au yaourt