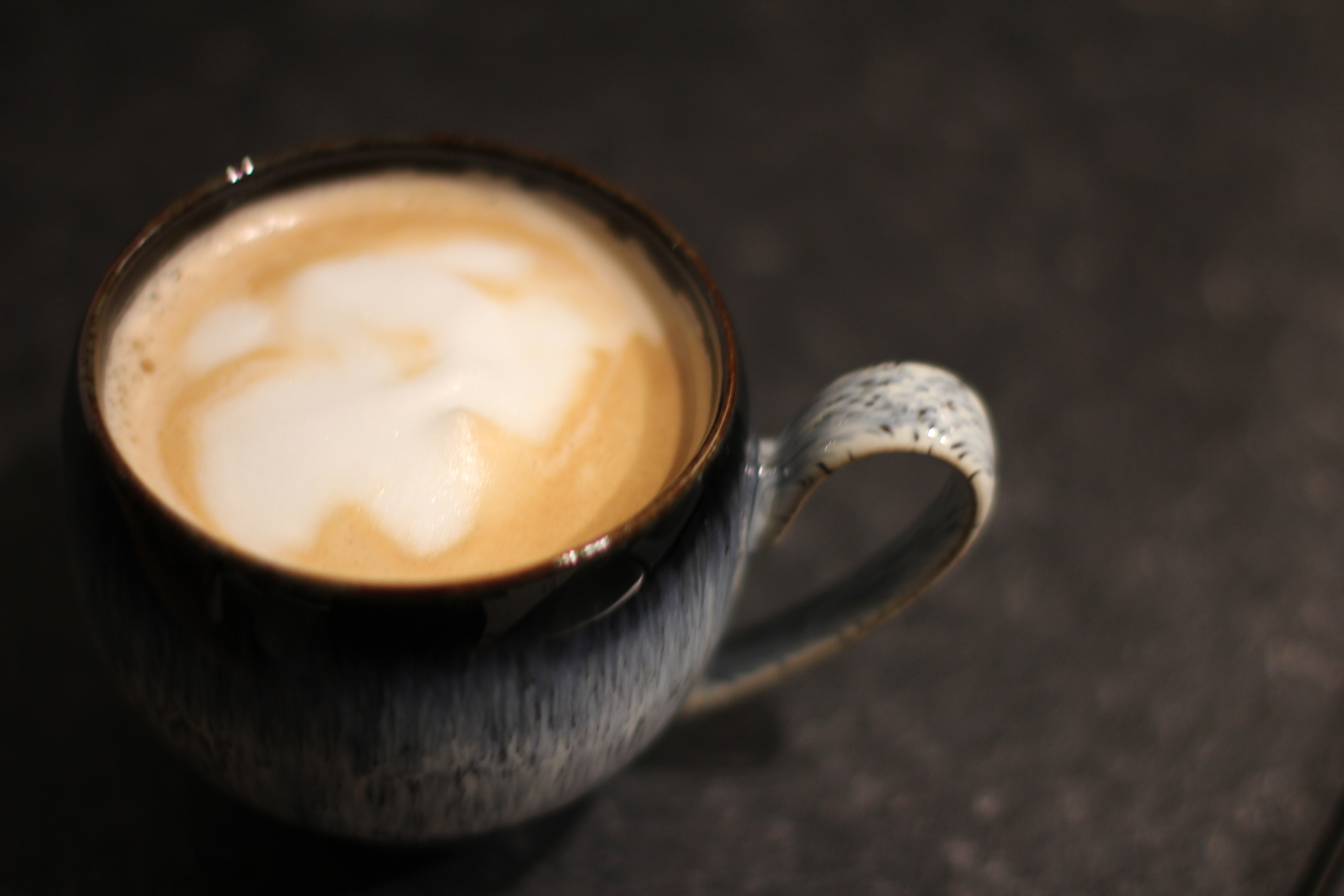 Sometimes when I look at parenting blogs it seems like people are permanently doing something with their kids. Not just driving them around in the car, but wholesome activity, such as a walk in the woods.  It often leaves me feeling a little inadequate (and guilty that I let Katie use her iPad too much!).

I’ve been wondering if I also give the impression that I’m also ‘one of those’ people  – constantly crafting or going from exciting adventure to another. Whilst I like to think that I do a lot with my kids, there are an awful lot of days that are just filled with well… not a lot.

My friend Megan suggested I do a series of photos chronicling a ‘day in the life of’. Whilst this is a great idea in itself, I felt a lot of pressure to try and make my day exciting. However, this isn’t necessarily a accurate reflection of my day to day life. Although this week has contained a wonderful playdate, too much paint, soft play, swimming and a nice amount of cake – all those things were spread out. They didn’t all happen in one day and there were many tantrums and TV headaches in-between. The big admission? Some days are just a bit flat:

9am – I had a fairly late start as Mike took Katie to pre-school. This meant a lazy morning in bed without a lot of motivation to do much. I knew I should be writing something for the blog but I felt distinctly uninspired. Instead I decided to promote Tuesday’s post about the new Edinburgh Mum’s app whilst Thomas napped with his current favourite toy.

10am – Thomas is currently very good at ‘tummy time’ so was happy to chill on his quilt while I had a shower and got dressed. Once we got downstairs, I stuck him in his jumperoo while I ate my cereal and had another coffee.

I deliberated going for a walk but decided it was too cold so I caught up with some admin and walked round the house with Thomas in his sling for a nap. I texted a few friends and watched ‘Phil Spencer secret agent’ – I was a bit gutted I had to leave before finding out if his transformation was a success!

11.45am – This is us setting off to collect Katie from school. This time with ‘outside’ monkey.  I was feeling a bit flat so was glad to be getting out. I find the school run is good for a number of reasons – I get fresh air, there’s always someone lovely to chat to going in and I get a lovely hug from Katie on arrival!

1pm – time for lunch! Mike had made sandwiches but Katie flat out refused to eat hers as they had cucumber in them. We thankfully had some sausages left over from the previous nights dinner which she was very happy with. With half a packet of pom bears and cucumber on the side this constituted an acceptable lunch which was wolfed whilst catching a bit of CBeebies.

2pm – Katie by this point had decided to put her Christmas pyjamas on and clamber into bed along with a pile of books. I naturally was consumed by jealousy but had Thomas in the sling for another nap. I tried to put him in cot but he woke back up screaming. Back in the sling I then tried to sit down. More screaming. I settled for walking round the house feeling very grateful for my Kindle.

3.3opm – After another outfit change for Thomas (third of the day) we headed off for ballet. We left much earlier than we needed but Katie was raring to go and I thought it was better than being late. Katie treated the waiting children to her ‘Christmas song’ which was basically her just shouting ho ho ho very loudly, interspersed with a random version of jingle bell rock. I don’t think her teacher particularly appreciated it – more often than not she is in trouble to calling out!

5pm – With Mike at home I took the opportunity to tank up Thomas with some milk before heading out for a swim at the gym. Aqua aerobics was on so the lanes were really full up. I have no idea why people feel the need to stand and talk at the ends of the pool in the lanes – I was already annoyed at having to swim much slower than usual but not being able to turn properly meant that I got out earlier than I would’ve done.

6pm – Upon arriving home it turned out that Mike had misread the use-by date on our planned dinner and the chicken was very out of date. Calling defeat I rang for a Chinese takeout and unpacked our new dishes that my Mum bought us for Christmas. As objects of beauty this was pretty much the highlight of my day. Katie ran away with the bubble wrap and was actually quiet for almost 5 minutes.

7.30pm – With dinner over, Katie decided to entertain Thomas with some books. At the suggestion of getting into bed she claimed that she really needed a bath…

8.50pm – Katie is still in the bath. Thomas is feeding and I am typing one-handed. Time to call it a night.

Tomorrow I’ll totally take the kids out for a welly walk, craft something, bake something and be a vision of beauty…  or not.

4 thoughts on “Activities: Day in the Life of…”